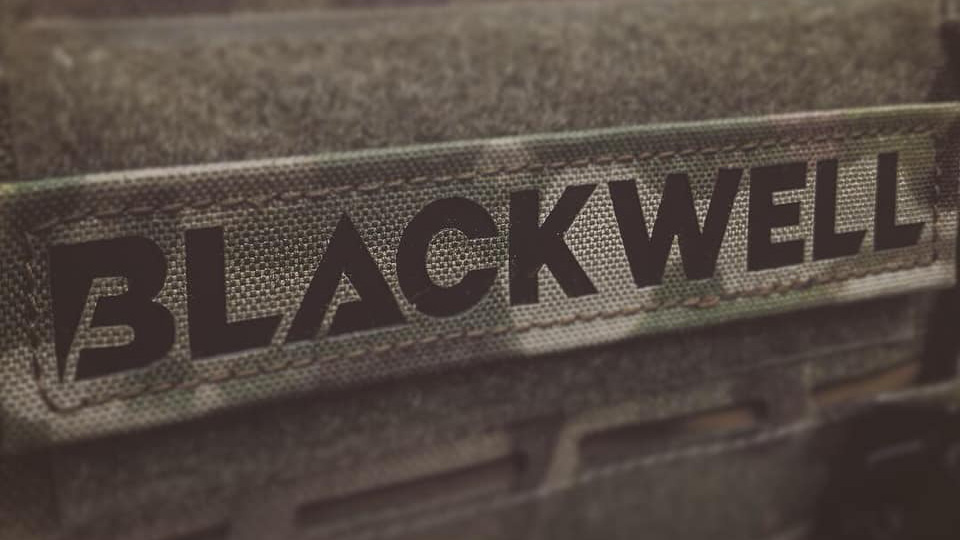 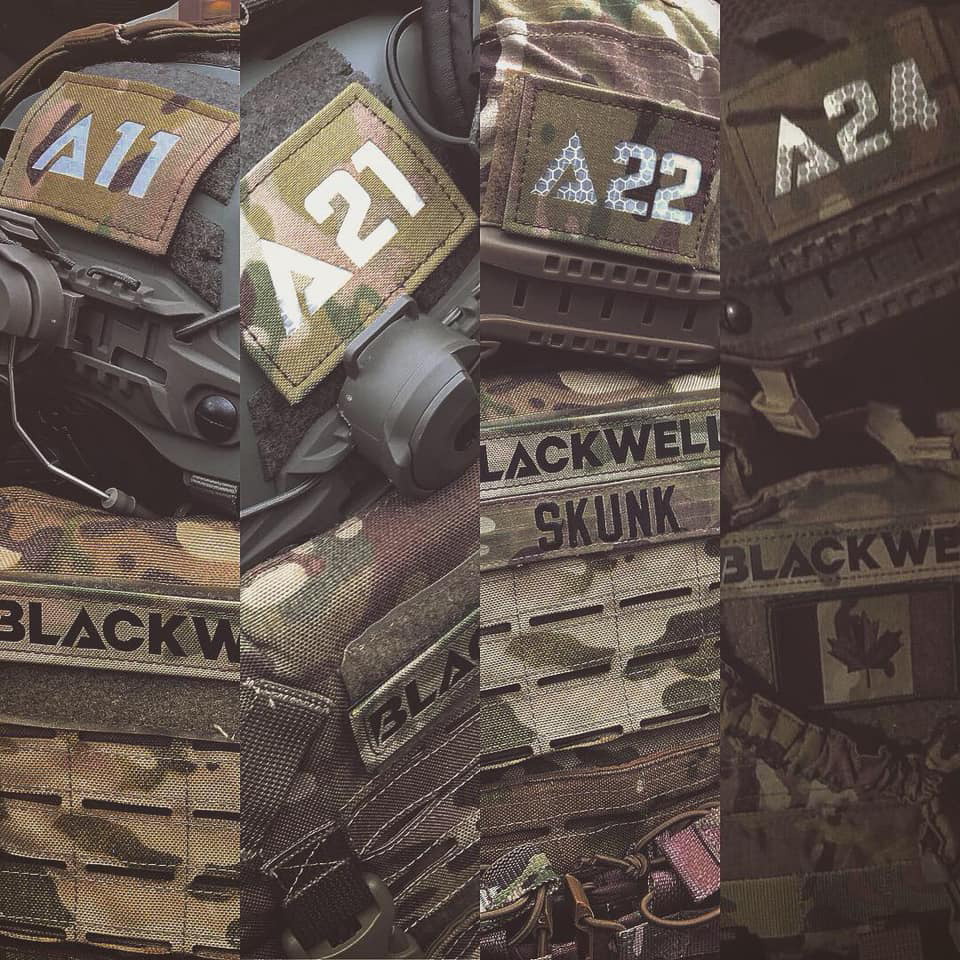 BLACKWELL Operations Group is a Military Simulations gaming team that participates in various 24hr “Operations” and Skirmish events utilising airsoft as the medium. Think paintball, but way cooler. The term “simulation” isn’t to be taken lightly as these events are typically hosted at abandoned facilities with large properties or even former/current military training facilities in Canada, USA, Europe to name a few. It’s a very strategic and tactical type of sport played by modest-sized communities of enthusiasts all over the world.

BLACKWELL, formed in 2018 by a group that became friends by participating in airsoft games, was looking to establish itself in Southwestern Ontario’s airsoft community. This required a logo and some branding materials to get the team officially launched and ready to attend games under the new team name.

The team and I looked at several options as far as how a logo could be worked in on the military gear the team members used such as combat shirts, vests, plate carriers, chest rigs, etc. and determined that the best way would be via a velcro-backed patch. Looking to differentiate BLACKWELL from other teams, I chose to go with a laser-cut patch because other teams more often than not opt for a less expensive rubber moulded patch. I felt that looked a bit cartoony, and embroidered patches can often come apart or lose sharp detail. The laser cut patch required special details to the lettering, specifically the “B” and “A” so by adding a stylish cut in the two letters matching the same angle, the logo’s lettermark stood out and the “A” became a separate logo on its own used by the team as well for their member identifier patches worn on their helmets.

The end result is a set of logo marks that have generated much attention, that is a quick and professional identifier when BLACKWELL members are present at an event and within the team allows for quick identification of its members at a glance – even at night, in the dark and under nightvision. The team plans to attend as many events as they can for the 2019 season and perhaps add a member or two by 2020.