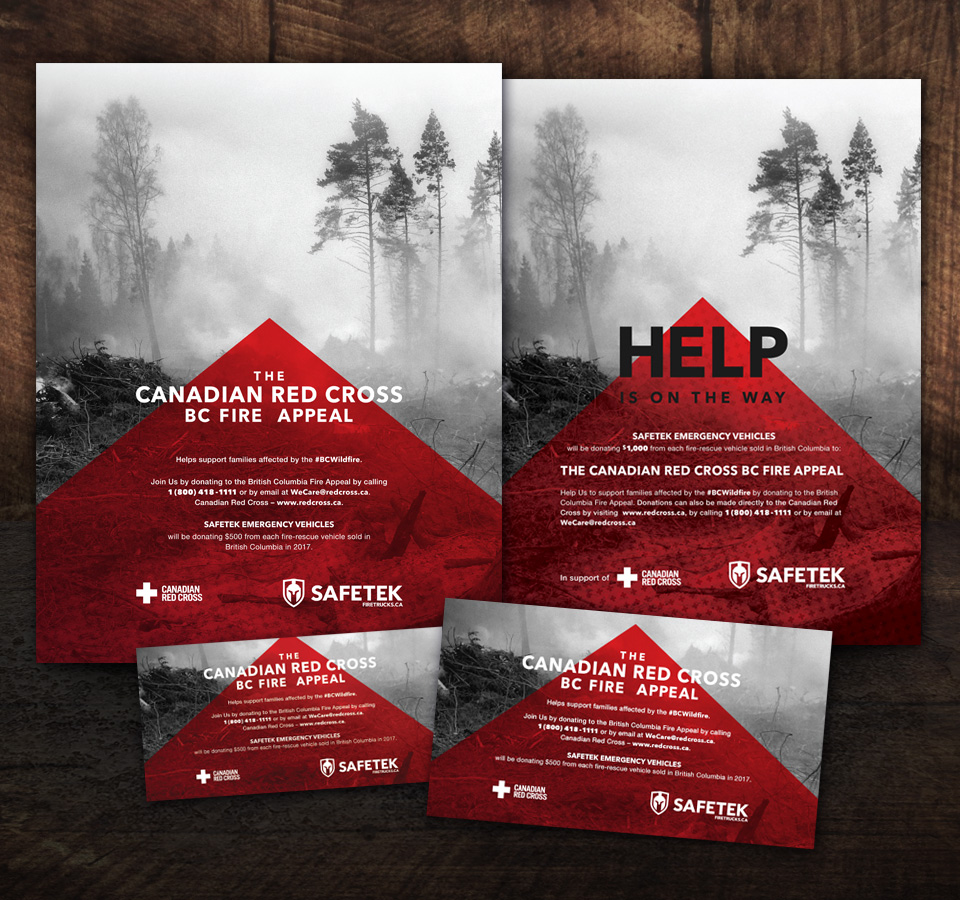 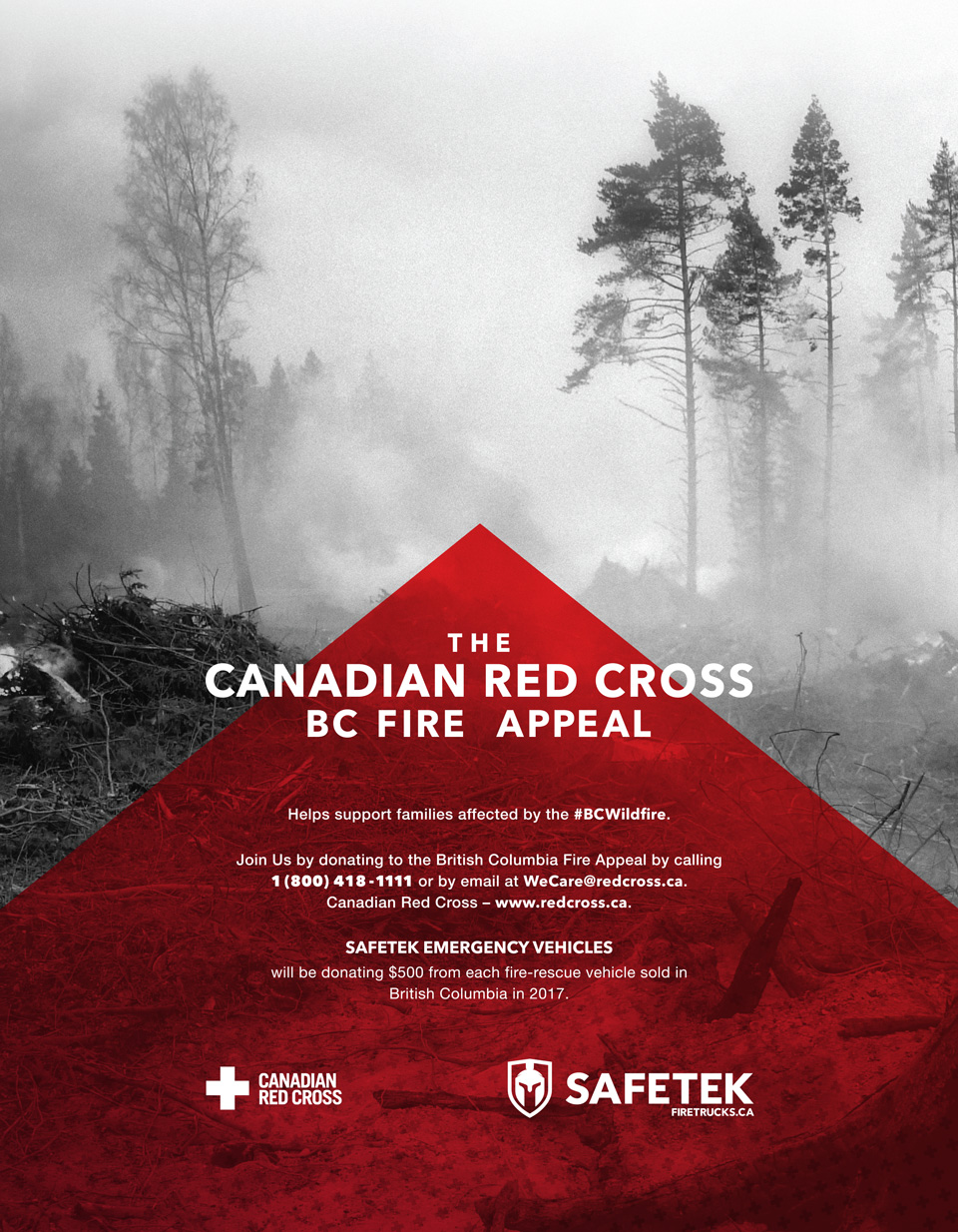 Our client, Safetek Emergency Vehicles Ltd., couldn’t stand on the sidelines while the wild fires ravaged British Columbia where they call home. Instead, they began donating $500 of each emergency vehicle sold for 2017 to the British Columbia Fire Appeal and Canadian Red Cross. To raise further awareness and donations, we creating an ad to support the cause and SAFETEK’s efforts to help raise funds.

The funds raised helped support the families affected and displaced by the wild fires in British Columbia.